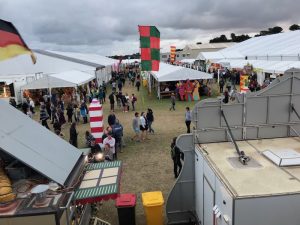 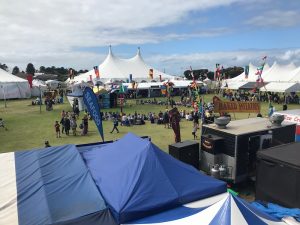 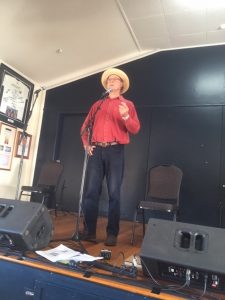 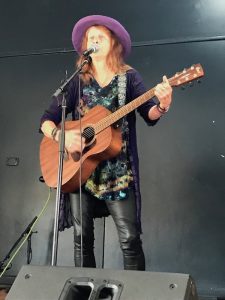 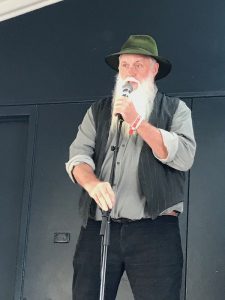 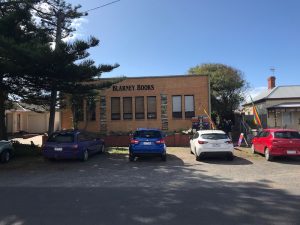 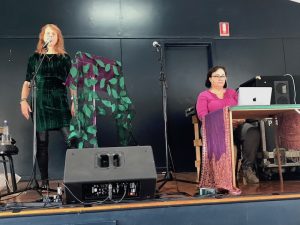 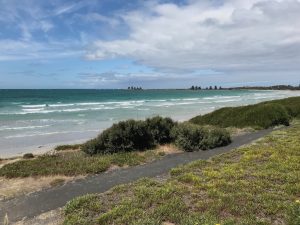 During the course of the walk to the lighthouse, I was drawn to this beach.

I could see a large log that had washed up, and I began to salivate at the other possibilities. I am always drawn to the sight of beach debris, especially a remote ocean beach like this. It provides a link to mariners adventuring on the high seas, and makes me feel, for a short while at least, a little wilder and freer myself.

This one did not disappoint.

This rusty old drum was interesting.

Here we have some plastic bottles, a lovely length of rope, and a vast amount of netting.

The log, as I suspected it might, proved to be the jewel in the crown. It was solid and sound, with the ends rubbed round. I found that, with some difficulty, I could lift one end.

The sheep kindly made way for me – with a little protest – as I clambered back up the slope above the beach, and made my way back home.

I think perhaps the highlight of my recent holiday in Scotland was the trip with Maggie Somerville to Neist Point Lighthouse on the Isle of Skye.

After a delicious lunch at the Three Chimneys Restaurant, we needed a good long walk to shed some calories. There were no good prospects immediately to hand, so we jumped in the car and headed north. The lighthouse was as at the end of the road.

Spectacular scenery surrounded us, together with many black-faced sheep.

The lighthouse is located at the end of this dramatic headland.

It was constructed in 1909 by David Alan Stephenson, a member of the famous lighthouse-building Stevenson family, and close relative of the writer Robert Louis Stevenson. It has been operating remotely since 1990, and the cottages where the lighthouse keepers once lived are now owned privately.

The lighthouse features in a photograph in the book “Harpoon at a Venture”, which tells the unlikely but fascinating tale of the attempts by Robert Maxwell (author of “Ring of Bright Water”) to establish a commercial basking shark fishing industry off the west coast of Scotland in the late 1940s.

Here is a dramatic view of the lighthouse. I can only assume that the large bell facing out to sea at the top of the cliff is a foghorn.

Once we had returned to our car, Maggie was determined to see a Highland Cow. Our quest took us to some very remote and ‘out of the way’ places until, somewhat ironically, we eventually tracked a couple down in a paddock next to the primary school in a nearby town!

Recently I had the good fortune to spend some time in Scotland. I was staying with my friend, Maggie Somerville, whose daughter, Gronya, was a member of the Australian Badminton Team. We were living in the small town of Falkirk, midway between Glasgow (where the Games were being held), and Edinburgh.

Although not large, Falkirk has a thriving folk club, and Maggie and I were keen to get along if possible. They hold their club nights – “session nights”, as they call them – on Thursday evenings, at the Tolbooth Tavern in the middle of town.

We arrived a little late the first week, not being entirely sure where to go or what to expect. Proceedings were in full swing by the time we arrived. The weather was unseasonably hot, and they had chosen to meet in the newly-refurbished courtyard downstairs rather than the customary upstairs room which would simply have been too hot.

The courtyard was L-shaped, and it was impossible to see the performers from where we stood. I noticed one gentleman had scaled the wall for a bird’s eye view, so I decided to follow his example. It turned out to be a relatively simple matter to duck around the back, climb up onto a rubbish skip, and from there up onto the beautiful old stone wall. I did get a wonderful view from up there. I was only cursing myself for not taking my camera with me.

You will note that my hat gave a fairly firm clue to my nationality – although we were mistaken for Kiwis!

The following week we were back upstairs, and both invited to perform.

Maggie played a tune on a whistle, and sang a couple of songs.

I recited a couple of poems from my new book, “‘The Billy That Died With Its Boots On’ and Other Australian Verse”.

There were a number of fabulous performances during the course of the evening.

This gentleman gave a very spirited rendition of Danny Boy.

And this man played the “Irish pipes” beautifully. (Note that the bag is inflated with bellows under the right arm, rather than the Scottish system of a tube from the mouth.)

Here are a couple more shots of the rest of the gang.

It was a great evening. Naturally enough, we drew comparisons between Falkirk Folk Club and our own meetings at Ringwood. I was struck by how many strong solo performers there were, mostly singers of traditional songs, accompanying themselves on guitar. On the down side, though, there were no women performing, although there were plenty in the audience. Also, the instrumentation was heavily biased in favour of the guitar. I have mentioned the pipes player already, and there was also a fiddler. However, there were no accordions, harmonicas, whistles or mandolins.

The place of poetry is an interesting one. I was certainly accepted at the club as a poet, and we were told that it is not unheard of to hear poetry at their meetings, but it was also clear that it is a fairly rare event. At Ringwood we have quite a number of reciters and poets. The tradition of poetry and recitation would appear to be stronger in Australia than in Scotland.