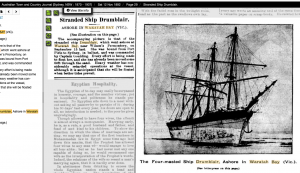 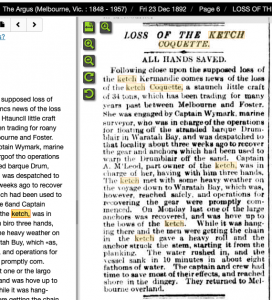 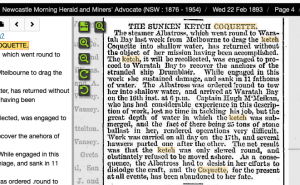 The Yarra Riverkeepers held their second bush poetry fundraiser at Herring Island yesterday afternoon. The first was held in October last year. I was asked once again by Andrew Kelly, recently appointed as Riverkeeper, to rustle up the poets and MC the event.

The weather was kind to us once again. There was bright sunshine for most of the afternoon, although the wind proved a bit of a challenge at times.

We had a capacity crowd, which was very exciting. Fortunately, unlike last year, the microphone behaved itself!

Here is Andrew introducing the afternoon.

A wide variety of material was on offer. The old masters – Henry Lawson, C. J. Dennis, etc. – were well represented, but there was also plenty of contemporary material, much of it original.

Edel Wignell told us, amongst other things, about a dog on a trampoline, Harvey, “the bouncing, squat, Staffordshire bull terrier”.

Jim Smith recited a very moving piece – part poetry, part song – by the American writer Gordon Bok. It referred to the selkie legend – seals that change their form to become human. There is a very interesting link between Bok and the Riverkeepers. The Riverkeeper organisation began on the Hudson River in New York state, around the time that Pete Seeger was sailing up and down the Hudson in the Clearwater, also attempting to clean up the river. Jim told us that the captain of the Clearwater was none other than Gordon Bok!

The reason Jim was telling us about selkies was, as he explained, that it used to be very common for seals to be sighted in Australian waterways, including the Yarra, often many hundreds of miles from the coast. Indeed, seals are still occasionally sighted in the Yarra.

I had a chance to read some of the poems I have recently written based on the book “Ferries on the Yarra”, by Colin Jones – an absolute wealth of fascinating historic information.

Maggie sang four songs, some Yarra-related, others not. We sang “Muddy Old Yarra” by Clem Parkinson together, to round out the first half of the show. Maggie then finished the afternoon with “Our Sweet Yarra”, a song she had written based on a poem I had written for the show last year. She followed with “Waratah Bay”, a very popular song from her CD, dedicated to a beautiful part of Australia in South Gippsland. The afternoon finished with her song, “The Sash”, based on my poem of the same name, that tells the story of the child Ned Kelly receiving a green sash for saving the life of a drowning boy in the town of Avenel.

It was a very enjoyable afternoon. Thanks to the many – performers, audience, the Yarra Riverkeepers and their army of volunteers, and Parks Victoria – for making it all possible.