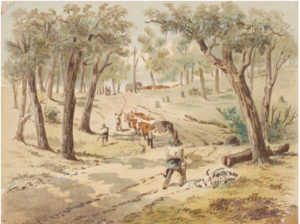 ‘The Stockman’s Last Bed’ is the ninth and final song on Burl Ives’ 1953 album ‘Australian Folk Songs.’ It was actually recorded in Australia before Burl Ives, by Tex Morton, in the 1940s. It appears in multiple newspapers throughout the late 19th century. However, the website of the State Library of NSW tells us that the song was written by the two daughters of Coionel Grey in 1846, as a parody of ‘The Last Whistle’. This website also displays a handwritten manuscript showing the words.

Dr Graeme Skinner fleshes out the details considerably in the ‘Australharmony’ website (University of Sydney). Elizabeth Anne (‘Bessie’) Gray was born in Scotland in 1826 or 1827, the older daughter of Charles George Gray and Jane Grogan. Her younger sister, Maria Catherine, was born in 1829. The family travelled out to Australia on the John Barry, leaving Dundee on 25th March 1837, and arriving in Sydney on 13th July. The ship spent some time in quarantine upon its immediate arrival, due to there being fever on board. Maria and Elizabeth are both described as ‘songwriter, amateur vocalist.’ 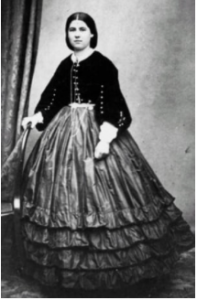 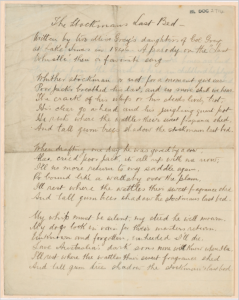 Quoting directly from Australharmony:
Colonel Gray…determined to settle in Port Macquarie, then and for several years after a penal settlement. He accordingly took up his land-grant on the River Hastings, about twenty mils from the township, where he remained until 1848, when he was appointed Police Magistrate of Gladstone.

The website ‘An Australian Folk Song a Day’ tells us that ‘The Stockman’s Last Bed’ was first published in Australia in the ‘Queensland Native Companion Songster’ in 1865. However, Dr Graeme Skinner on Australharmony shows us that the song was published before that in Ireland, in the Cork Constitution, on 22nd January 1856. 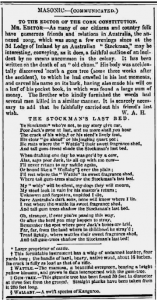 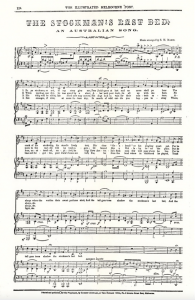 ‘Fresnostate.edu’ tells us that Hugh Anderson believed the song was derived from ‘The Boatswain’s Whistle’ by Charles Dibdin, though also notes that John Manifold was not convinced.

According to Wikipedia,
Charles Dibdin (before 4 March 1745 – 25 July 1814) was an English composer, musician, dramatist, novelist, singer and actor. With over 600 songs to his name, for many of which he wrote both the lyrics and the music and performed them himself, he was in his time the most prolific English singer-songwriter.

However, Dr Graeme Skinner at Australharmony tells us that ‘The Last Whistle’ was composed by W. Shield. 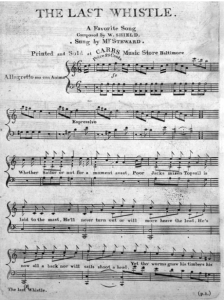 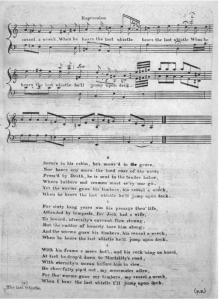 According to Wikipedia,
William Shield (5 March 1748 – 25 January 1829) was an English composer, violinist and violist. His music earned the respect of Haydn and Beethoven. 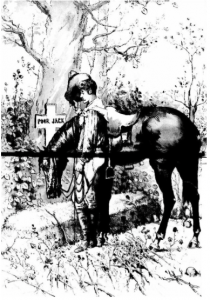 (The Australasian Sketcher with Pen and Pencil, 5th May 1986 – Courtesy Australharmony, University of Sydney)