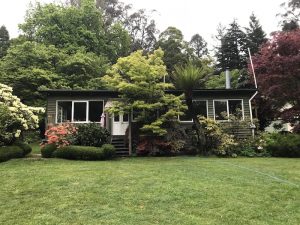 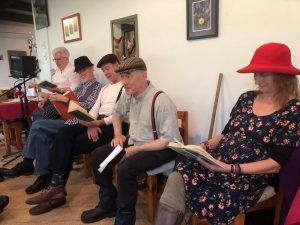 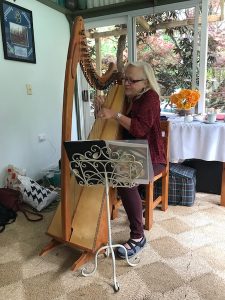 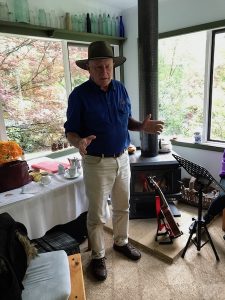 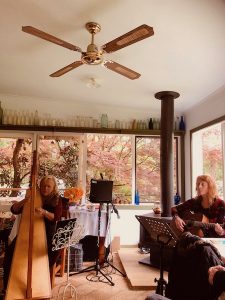 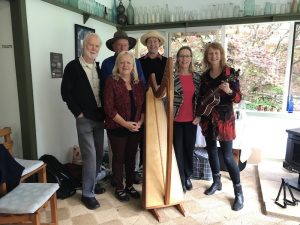 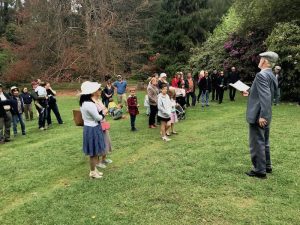 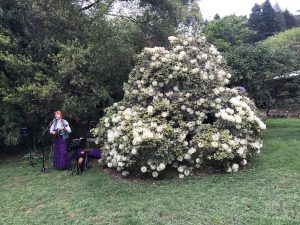 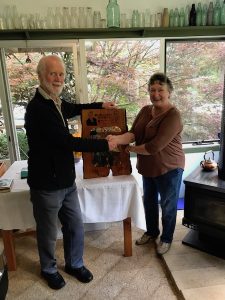 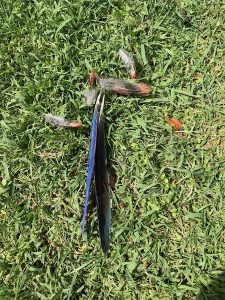 Last weekend I travelled with Maggie Somerville to Newstead, a small town in central Victoria, for the annual “Newstead Live!” festival that straddles the Australia Day long weekend (when we have one!), and is close to Australia Day when we don’t. Usually the last weekend in January. Just before the schools go back. Something like that.

It was a scramble for me to get home from work after a long day, pack the car, head over to Maggie’s place, pack her stuff (and re-pack the car), then begin the roughly two and a half hour journey up the Calder Highway to the festival reception office and, eventually, our camp-site. It was well after 10 pm when we finally arrived, and we knew we had to be ready, bright and chirpy, for the Poets’ Breakfast at 9 am, followed by our own children’s show at 10.30 am. (Why do we do it? Because we love it!)

The Breakfast was MC’d for the umpteenth time (excellently, I might add) by veteran Melbourne-based reciter Jim Smith.

As always, the show was of a high standard. Here is a sample of the performers.

The show, as always, was well received.

This was the first year without Andrew and Heather Pattison and their small army of friendly helpers, as Andrew and Heather have now retired from the festival. They were missed – not only because of their smiling faces, but because food and drink was no longer as accessible. We were required instead to make our way to the not-too-distant pavilion where, it must be said, the service was friendly and professional.

Maggie and I had to leave early to make our way across town to “Lilliput”, the child care centre where our children’s show was being staged. It took a little while for the audience to gather, but the show – a mixture of songs written by Maggie and songs written by me, with a couple of my poems thrown in for good measure – went well.

Swinging the billy was a big hit!

We had a chance take a bit of a rest before the “Grumpy Old Poets” at the Anglican Church at 4 pm, where I was MC, and we both performed. The highlight of this ‘come all ye’ poetry event was the thunder and lightning that raged outside. We felt safe and secure inside the little stone church. Little did we know at the time just to what extent we were in fact its victims!

We had dinner at the pub (so Maggie could watch the Women’s Single Final of the Australian Open on the TV – go Caroline!), then bumped into Suzette Herft leading the community singing across the road later in the evening.

Maggie joined in on her whistle.

We returned to our camp-site tired but happy, looking forward to a good night’s sleep before doing it all again the following day.

Alas, the scene that greeted us in front of the headlights of my car gave us quite a shock…

It turns out that my casual attitude to erecting tents had finally caught up with us! The damage had obviously been done during the “Grumpy Old Poets”. The fly had been torn off the tent, and one of the tent poles, thus unsupported, had snapped in the wind. Our bedding was soaked, and puddles of water had gathered on the tent floor. (So that’s whey they attach guy-ropes and loops for pegs to tents…)

I eventually managed to prop the tent up with the shorter pole from the annexe. Searching around for bits of bedding that were merely moist rather than soaked, we managed to get a reasonable night’s sleep. (I think I slept better than Maggie did.) Fortunately, it was a warm night.

The next day was very hot, and our gear dried quickly. The tent remained a rather misshapen lump, but it was adequate for our needs.

… and Geoffrey Graham and Carol Reffold at the Anglican Church.

(Geoffrey snuggles up to Maggie)

(Carol is joined by Christine Middleton with her beautiful harp)

A dip in the Newstead pool was a great way to wash away a few cobwebs (and beads of sweat) at festival’s end.

In no hurry to return to Melbourne, we took time out to marvel at the Malmsbury Viaduct on our way home.

Another great Newstead Live! lay behind us, but the memories (a somewhat mixed bunch, to be honest, what with the storm and all..) will remain forever.